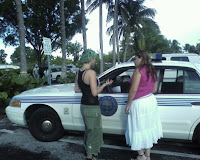 View all posts by yogini →
MISSING flyer for Lilly
We’ve made progress in Lilly’s case!!