By yogini on May 2, 2011 in homicide, investigation, Joe Carrillo, Lily Aramburo, Lucely Aramburo, Miami Dade Police Department, missing person, Ray Hoadley, Search Rescue, volunteers
The investigation into the disappearance of Lily Aramburo who was reported missing on June 2, 2007 has been active since Miami Dade Police Homicide took over the case. (Hallelujah!) On Friday, April 22nd, 2011 Miami Dade Police searched an area close to where Lily disappeared, by the Dadeland Village Apartments. Unfortunately, at that time the police department didn’t approve of us bringing volunteers to assist in the search. The small group of Homicide detectives, crime scene personnel and search dogs tried their best but the area was too large and overgrown. More pictures of the search

Miami Dade Police gave us the green light to do our own search. We need at least 20-25 people to help us search the area. It is a lot of space to cover and it is totally overgrown so we’re going to need a lot of help. If you live in the South Florida area, please consider lending a hand. We’ll be conducting the search the week of May 9th. Please contact me for more information at janet.forte(@gmail.com).
We’re also planning a candlelight vigil on that week. It’s going to be an opportunity to come together as a community to show our support for Lily and her family in this time of difficulty. It’s a time to stand together in prayer and solidarity in support of Lily.
Our deepest respects and thanks to all persons and agencies involved in this organized effort to find Lily. We wish to extend our gratitude to Det. Ray Hoadley ~ thank you for your outstanding efforts, diligence and selfless dedication to Lily’s investigation and 30+ years of helping victims and making a difference in our community. We wish you a very happy and peaceful retirement. We’ll miss you! We’d also like to thank Sgt. Gallagher, Det. Miller, and the Miami Dade Police Homicide Specialized Investigations Squad members for their assistance and support in our fight to find Lily. And a special word of thanks to Joe Carrillo and partner Ana and team.

We thank all of those who continue to help spread awareness for Lily online by sharing her pictures, blog posts and updates. Please continue sharing this blog and the Help Find Lily page on Facebook. We hope it helps encourage people to come forward with information. Please help bring Justice for Lily.

0
By yogini on January 28, 2009 in Abduction, Child abduction, Joe Chisholm, missing children, missing person, Parental, Search Rescue, Sigourney Chisholm
Sigourney Teresa Chisholm is missing. She was abducted by her mother, Patricia O’Byrne May 1993. Patricia is wanted for child abduction. Sigourney is 17 now. Her grief-stricken Dad, Joe Chisholm, has been searching for his daughter for 17 long, painful years. But he’s not giving up! 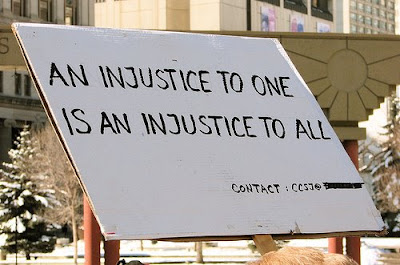 Recently, I had a conversation with the detective from Lilly’s case. It only took a few weeks of daily messages to his voice mail and emails to him and his superiors inside the Miami Dade Police Department.

I was a little frustrated to say the least but very thankful to have the opportunity to seek help in several aspects in the search for Lilly. And more specifically, I had some questions that needed answers.

In the few weeks in which I waited to speak with MDPD, I managed to not only get two Search and Rescue Teams to volunteer, but I tracked down the owners of the property (where the recent tip said she’d be found) called them and received approval for the search. All we were waiting for was MDPD.

Back to the conversation with detective. After almost 3 weeks, not much had been accomplished on their end. According to him, he was out the previous week and nobody handles his cases while he’s out. Besides, Lilly’s is not his only case (I’ve heard this mantra over and over again). Nevertheless, I was happy to report that we had 2 SAR teams ready to move and all we needed was their approval. That approval never came. What I got instead was a bunch of excuses.

And since then, I can’t help but wonder why the MDPD would not allow two professional Search and Rescue teams from South Florida to help in the search for Lilly? The more I think about it, the less it makes sense.

You would think they would welcome and accept any help that’s offered to them since they’re so tied up with hundreds of missing persons cases. So busy that it’s taken more than 3 weeks to get the ball rolling in order to complete the search at the property where Lilly’s remains might be found. Instead, they insist they are fully prepared. They have cadaver dogs…

After an entire year of neglect to her case, now we must rely on them and them only?

And yet, why has it taken this long? Can it really be that the MDPD are that tied up? That it takes them weeks to simply find out who the property owners are? When it took me less than 20 minutes? Trust me, Miami Dade Police are nothing like what you see on CSI:Miami, more like Reno 911.

Honestly, what is it going to take for police to solve this case? Lilly did NOT willingly abandon her child. She did NOT just vanish!

Does more blood need to spill?

Below is a very good resource in case your child goes missing. No one likes to think about such depressing ideas. But the reality is it’s best to educate yourself before the unthinkable happens.
Parents, it’s very important to have recent photographs of your child and their fingerprints, if possible. I would suggest ordering a safety ID Kit from one of the many nonprofit organizations out there. If your child goes missing, there are many organizations available to help you.

Ideas for Searching For Your Child | Laura Recovery Center